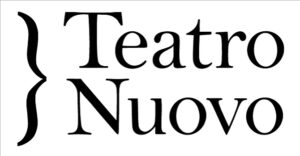 Particularly starry was Hannah Ludwig in the male role of Pippo, her luxurious mezzo-soprano setting into sinfully rich chest tones without a whisper of vulgarity. – The Observer

Best in show, both of them, was the mezzo-soprano Hannah Ludwig as the faithful friend Pippo in “La Gazza Ladra.” Her tone chocolaty and large, yet with focus and agility, she captured the integral aspect of bel canto, the skill — or perhaps intuition — Mr. Crutchfield is trying to impart: expression emerging from a long, intelligently shaped musical line. – The New York Times

The performance’s most arresting voice belonged to Hannah Ludwig in the trouser role of Pippo, Ninetta’s gayish BFF. Her big, bold mezzo made one sit up and take notice that here was a special artist…

I wouldn’t be surprised if Pippo points the way to an important career for Ludwig in the way it did 60 years ago when Janet Baker performed it at the Wexford Festival. – Parterre Box

…best of all was Hannah Ludwig, whose velvety mezzo-soprano, stylistic confidence and dynamic stage presence made Pippo (Ninetta’s friend, a trouser role) the star of the show. – The Wall Street Journal

The most distinctive voice of all was that of mezzo-soprano Hannah Ludwig in the trouser role of Pippo. Not only was her “Tocchiamo, Beviamo” gorgeous but so were the tiniest of her interventions. – Bachtrak 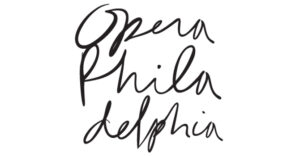 The rich sound of mezzo Hannah Ludwig as Alisa in her brief but compelling exchanges with Lucia was a luxury. – Bachtrack

…there was excellent supporting work by…mezzo Hannah Ludwig (Alisa). Her rich and rounded sound confirmed the very positive impression she’s made while a student at the Academy of Vocal Arts. – Parterre Box

The promising mezzo-soprano Hannah Ludwig makes an impressive company debut as Alisa, Lucia’s devoted nurse. Her performance builds upon a series of fine portrayals during her student days at the Academy of Vocal Arts; if she continues to bring such distinction to comprimaria assignments, leading roles at major houses cannot be far behind. – Broad Street Review

Hannah Ludwig’s Alisa was served by an unusually plummy, opulent mezzo that made an especially notable contribution to the famous sextet – Opera Today

“Of the resident artists singing smaller roles, Hannah Ludwig stood out as Isaura, her mellow, handsome mezzo complemented by the exquisite solo playing of Mr. [Thomas] Carroll, the clarinetist, in her one aria.” – The Wall Street Journal

“Hannah Ludwig sang Isaura, the confidante as tower of strength, with an ample reserve one could easily imagine developing into an Amneris.” – Parterre Box

“As Isaura, a noblewoman sympathetic to Amenaide, Hannah Ludwig, mezzo-soprano had a natural ease on stage that was mirrored in her singing.” – Seen and Heard International 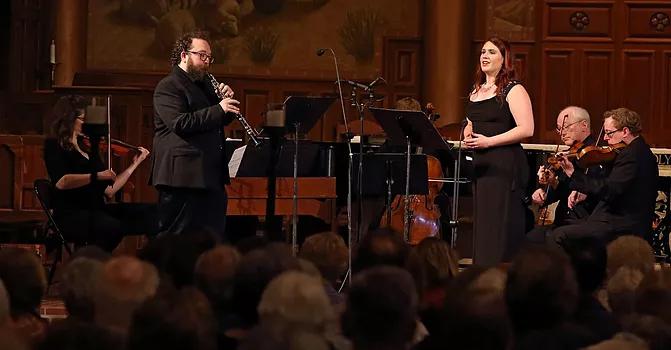 “Something of an MVP at AVA, Ludwig has demonstrated substantial breadth across a wide range of repertoire. Her lustrous, distinctively-colored mezzo soprano has a real sense of amplitude and musical class.

I don’t think that her prominence in the program (she opened and closed it) was an accident, and it included two arias from Bach’s “Ich habe genug” (both gorgeously sung with real flexibility); Rosenkavalier and Lakmé duets (with soprano Nowakowski) where Ludwig anchored the lower line with finesse; and a charming, theatrical vivid reading of “A Little Priest” from Sweeney Todd (with Nathan Milholin doing a good job as Todd).” – parterre box 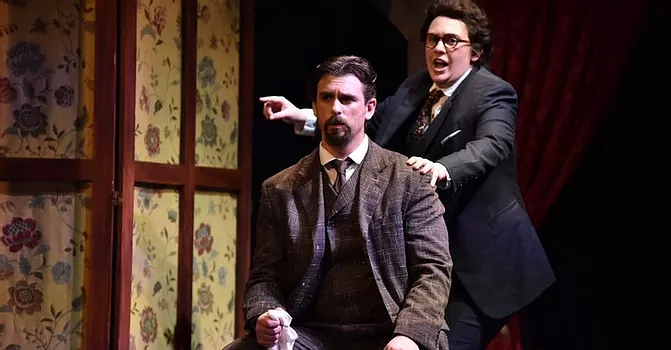 ” Ludwig riveted the audience with a heartfelt, gorgeously sung Komponist…her ability to play with vocal color and dynamic within phrases bespoke an exceptional artist.” – Opera News

“Among the standouts was mezzo-soprano Hannah Ludwig as the Composer, both for her plush tone and her agility. With good ideas about putting meaning to text, she is one to watch. ” – Philadelphia Inquirer

“Hannah Ludwig dazzles as the Composer, her richly colored mezzo easily dispatching the role’s high-lying tessitura…Ludwig communicates the young, headstrong musician’s passion for his composition, which he initially refuses to change to meet his patron’s demands…Even when Renner and Ludwig reappear silently in the second act, they command attention. These are artists ready to take their places on the international stage.” – Broad Street Review 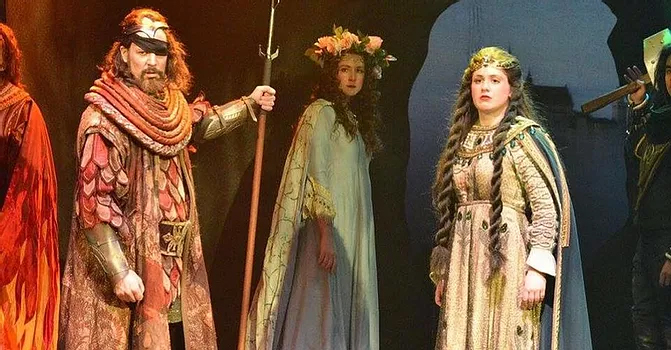 “Exemplary in this regard were the specifically enacted and pointedly declaimed Alberich of Timothy Renner and Fricka of Hannah Ludwig, both sounding terrific.” – Opera News

“Pride of place goes to Hannah Ludwig, a sonorous, powerful Fricka, whose strikingly colored mezzo is evenly calibrate throughout a wide range; this is truly a star voice.” – Philadelphia Magazine 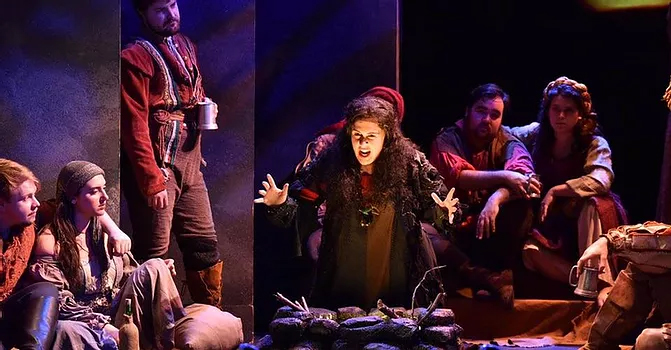 “The most finished and alluring voice belonged to Hannah Ludwig as Azucena, the infamous gypsy, with a rich-toned instrument that did fine with the big tunes assigned to her character but that was even better when revealing the soul of the character in recitatives, which had an ideal balance of lyricism and rhetoric. For her, surface elements of the character were only a doorway to what’s underneath, which is exactly what makes the theatrical absurdity of mid-period Verdi operas completely excusable” – Philadelphia Inquirer

“Hannah Ludwig is sensational as Azucena. The mezzo, in her fourth and final year at AVA, sings the role beautifully, with no screaming or barking yet with powerful, dramatic chest tones. There’s smooth transition as Ludwig navigates from thrilling top notes down the scale to deep tones at the bottom.” – DC Metro Theater Arts 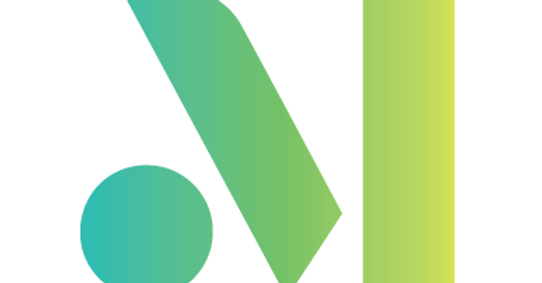 “…with particular focus on Sesto, who is given one of Mozart’s mightiest arias, “Parto, parto.” Even before Hannah Ludwig began that showstopper, it was clear that hers is a major talent. Supported by Jane Glover’s spot-on conducting…and by Eddie Sundra’s warm clarinet, Ludwig found no trouble with those tricky low notes, nor with the leaps that explode without warning. Her impeccable handling of the Act II rondo, “Deh, per questo istante solo,” served further notice of an important young artist. – Opera News

“The star was mezzo-soprano Hannah Ludwig, whose stage presence, responsiveness to the other singers and sheer vocal sumptuousness made her every moment in the spotlight special. In the pants role of Sesto, Tito’s childhood friend and Vitellia’s lover, her Act I recitative, “Oh Dei, che smania è questa,” was a marvel of dramatic ambivalence, and her Act II aria, “Deh, per questo istante solo,” in which she protects Vitellia by taking responsibility for the plot against Tito, could have moved a real-life Caesar.” – The Aspen Times 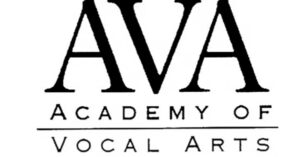 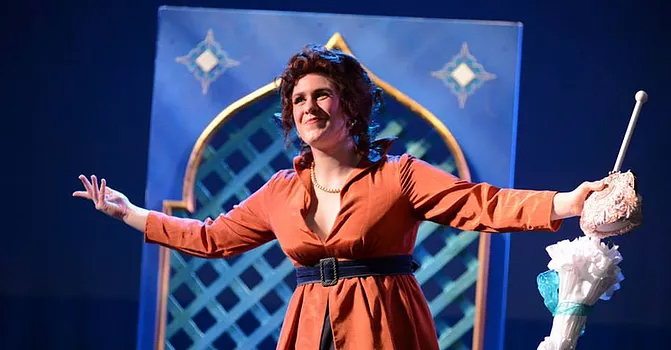 “…mezzo HANNAH LUDWIG as Isabella has the stage presence and technical maturity of a major star.”